Garena has announced Free Fire South Asia Showdown-Battle of the Stars where top influencers and streamers from the region will participate in the event. Free Fire Battle of the Stars event will be held on 6th February 2021 where 12 teams will battle for the glory. These 12 teams have been chosen based on the audience votes where top 3 influencers/streamers from 4 countries have been selected for the event.

Free Fire South Asia Showdown- Battle of the Stars will be held on 6th February where top influencers and streamers from the region will battle for a share of the prize pool.

The Prizepool for the event is 1,000,000 Diamonds, equivalent to $20,000 where top 3 teams will get a percentage of the prize pool. Based on votes, Top 3 influencers/streamers from India, Pakistan, Bangladesh, and Nepal will get selected.

Free Fire South Asia Showdown-Battle of the Stars: All Details 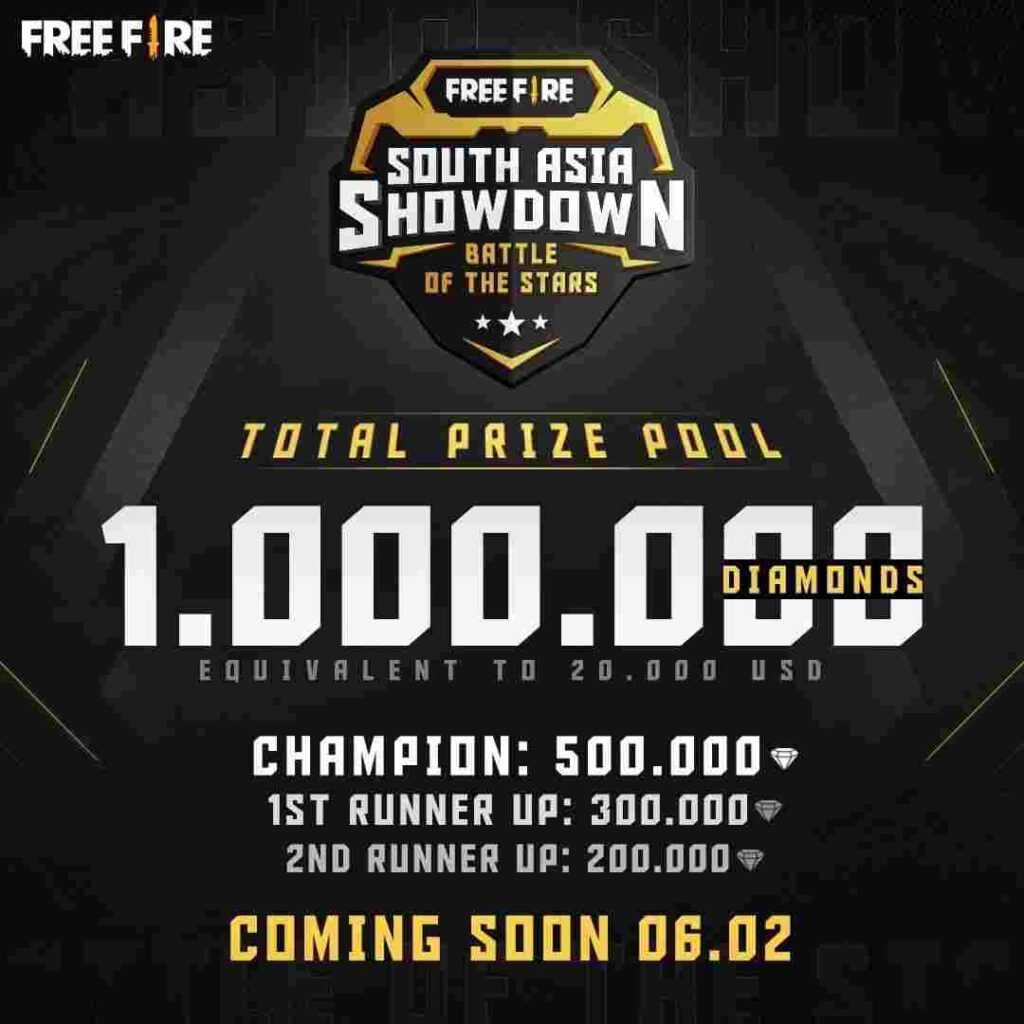 Let’s take a look at the participants of Free Fire SAS-Battle of the Stars:

The event will be live-stream on Official YouTube channel of Free Fire India, Pakistan, Bangladesh and Nepal at 12:30 PM IST on 6th February 2021.